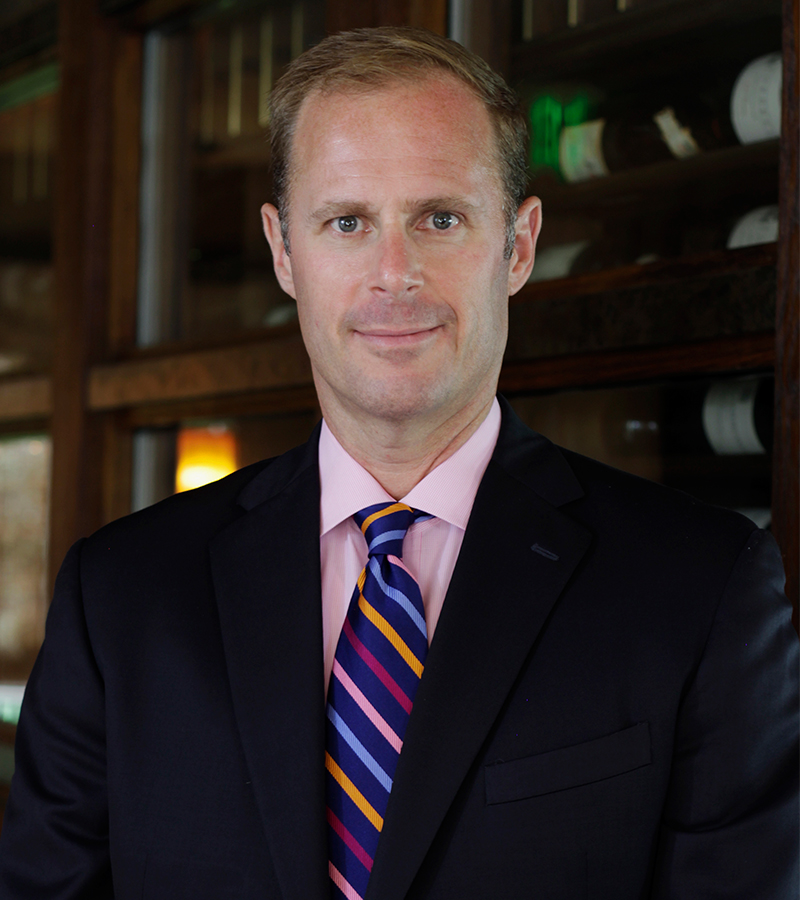 Brian Hider attended college in South Carolina, where he received a business degree. When he returned to his native New Jersey, he took a job bartending at the Tewksbury Inn to earn money. It was here that he discovered his passion for wine. With Executive Chef Patrick Robinson as a mentor, Hider started to attend trade wine tastings. After Robinson left, Hider took over the wine list. One of his regular customers was Carl LaGrassa, who noticed Hider’s affinity for wine and took him under his wing. LaGrassa was one of Brian’s favorite customers and the two soon developed a relationship based on a mutual love of wine. “We hit it off and he liked good wines. He didn’t know many people at the time who had the same appreciation for it.” Hider stayed at the Tewksbury Inn for ten years.

It was a lifelong dream of Carl LaGrassa and his wife Gloria to have their own restaurant. When they purchased the Pluckemin Inn in Bedminster, New Jersey, Carl offered Brian the position of both Sommelier and Buyer for his own private collection and gave him free reign to purchase whatever he thought would best represent their mutual tastes. Hider began by buying wine from cellars at famous auction houses like Christie’s, as well as from private collectors. He is targeting the well-known producers first and then moving on to the more obscure wine regions and varietals. Hider’s intention is to keep the prices very reasonable so that even the rare vintage wines remain affordable. He has put together an eclectic list that represents every region around the world. At present, the list stands at over 40,000 bottles, with more to be added as he fills out certain regions. The list is adjusted on a seasonal basis.

In 2011, Brian and Pluckemin Inn were honored to win the Grand Award from Wine Spectator, the wine world’s highest honor, and an accomplishment that less than 100 restaurants around the world can claim.

Brian also features a focused list of 80-100 wines at the front of the book that features regional selections and “awesome” values. See the “Pluckemin 200” under the WINE menu.

Reservations accepted at the times listed: