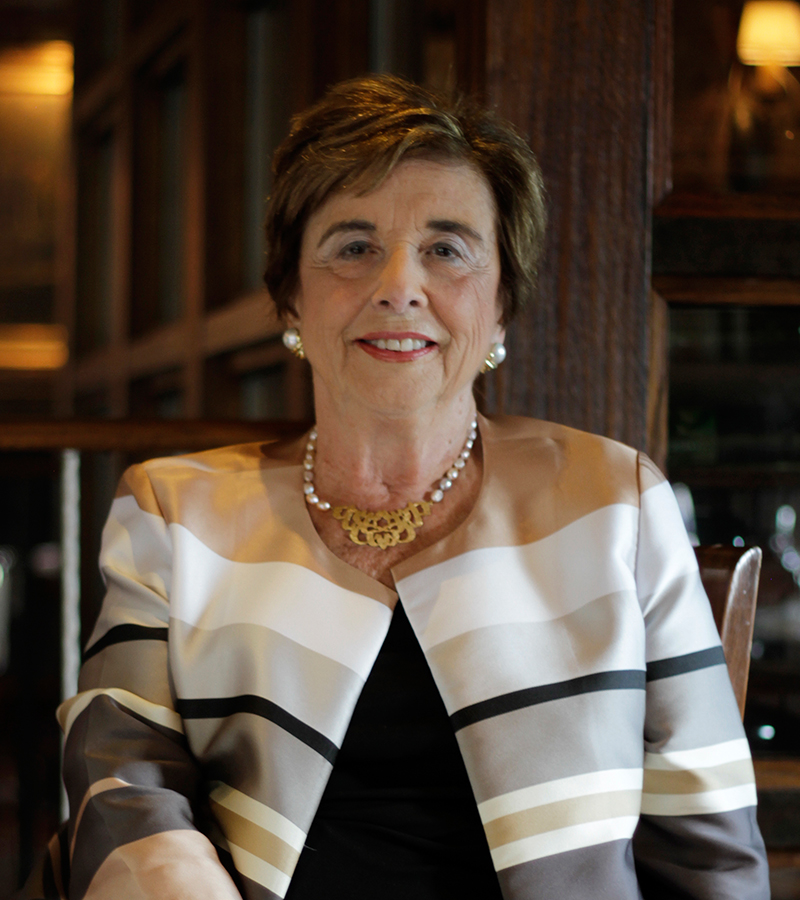 Gloria LaGrassa, along with her late husband Carl LaGrassa, realized a lifelong dream of owning a fine dining establishment with the opening of Pluckemin Inn. Prior to owning the restaurant, Gloria spent the majority of her career in the financial and insurance world, where she ultimately became a principal of Post & Kurtz, an insurance brokerage. Throughout her career, she achieved many notable milestones, including earning the prestigious Chartered Life Underwriter (CLU) designation, the Chartered Financial Consultant designation, and being awarded the Huebner Gold Medal, the highest honor given by the American College of Insurance.

Today, Gloria is deeply involved with her philanthropic work, serving both local and global charitable organizations through several Catholic organizations. She is also extremely proud of the first class team assembled at Pluckemin Inn, which has won numerous awards, four-star reviews and the ultimate honor in the wine world, the Grand Award from Wine Spectator. Together, they have managed to fulfill the original dream of Gloria and Carl: to deliver an exceptional food and wine experience through Pluckemin Inn.

Reservations accepted at the times listed: